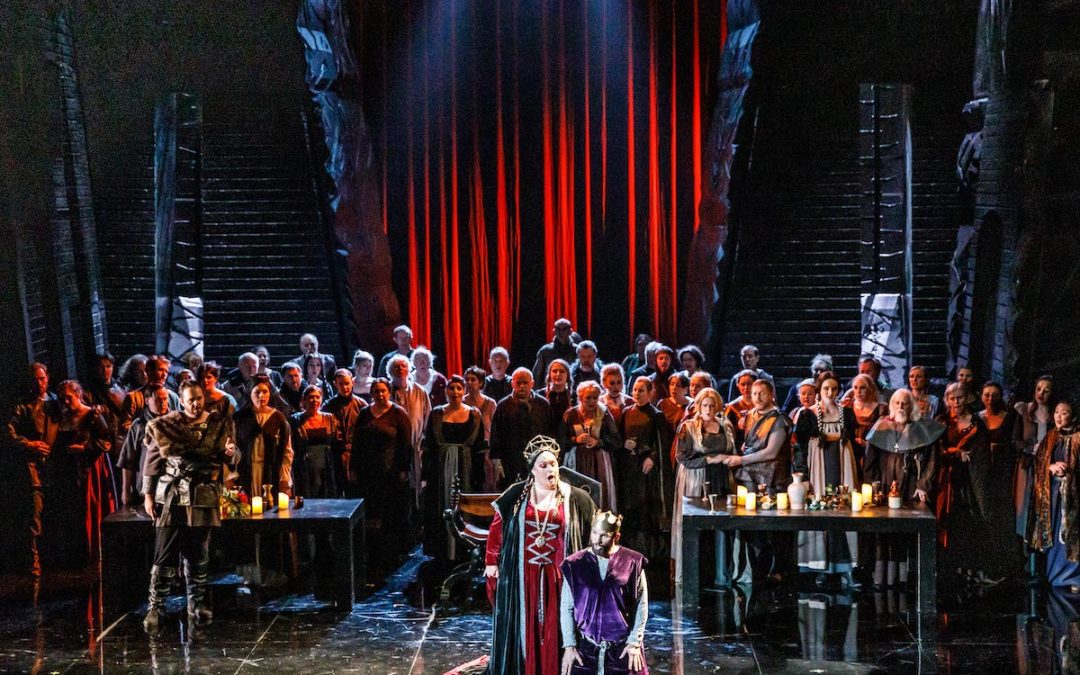 It’s an extraordinary thing that a director of Bruce Beresford’s reputation should be directing for Melbourne Opera until you remember that opera is one of the performing arts the famous film director lives for and that he has never been interested in position, only in what fires his imagination. The man who effectively discovered Morgan Freeman, who is entirely grateful to Tommy Lee Jones for making the ‘shithouse dialogue’ of Double Jeopardy ‘sound like Flaubert’ and who knocked unannounced on the door of the Irish novelist Brian Moore to persuade him to let him film Black Robe – his best film, he thinks, because he wanted to bring to the screen that capacity to step back to 1629 when the Algonquin encountered the Jesuits – is in love with opera.

Shakespeare’s Scottish tragedy written for that witch-watcher James I is a generation earlier than Black Robe though it belongs to the formative modern period by which we define ourselves and Verdi’s Macbetto comes from his earlier period though he was already an artist, in Shaw’s phrase, whose every bar of music furthered the drama. Beresford has created a production of the operatic Macbeth which has a constant intensity and a magnificent performance from Helena Dix as Lady Macbeth and a tough, probing stab at Macbeth from the baritone Simon Meadows whose every pulse is devoted to the delineation of the excruciated thane who takes evil as his good in his fated groping for the crown.