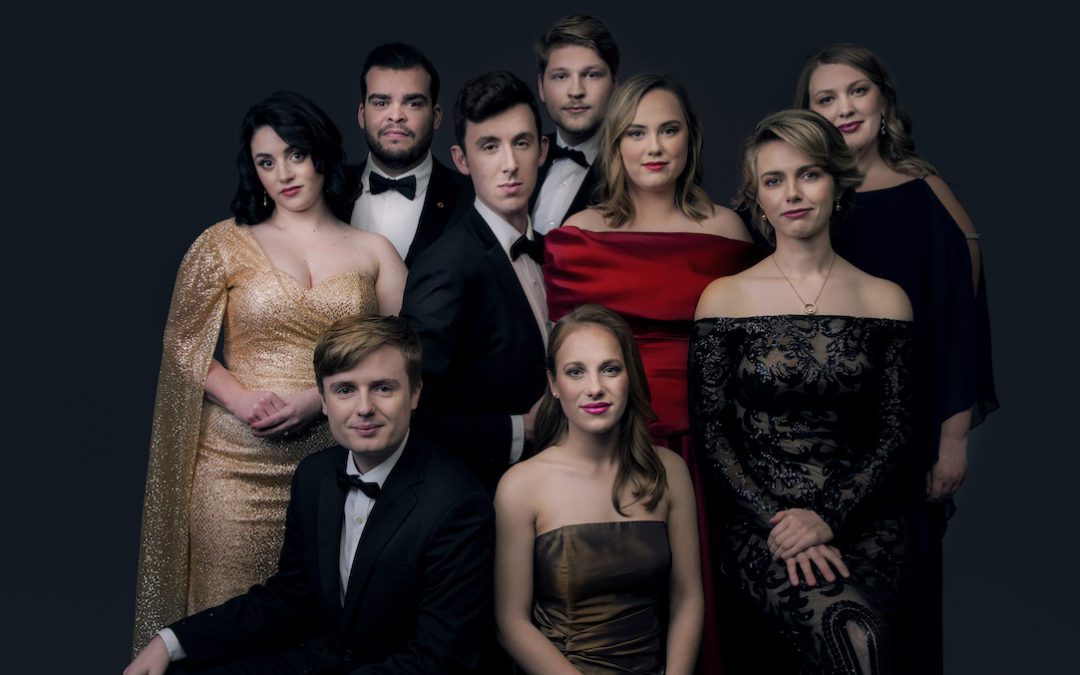 The Richard Divall Emerging Artists Programme 2019 has been packed with learning and development opportunities and following the intake of new singers in June has included involvement in Melbourne Opera’s acclaimed production of Norma and a rehearsal period for the programme’s first production, The Marriage of Figaro, which will be presented in 2020. These performance opportunities along with mentorship, drama classes, intensive language courses, weekly singing coaching and financial support for singing lessons demonstrates the Richard Divall Emerging Artists Programme’s significant contribution to opera as the most relevant, forward thinking performance-ready opera training programme available. 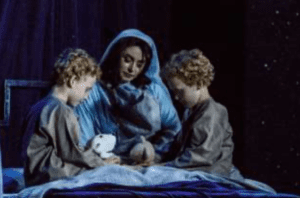 Rebecca as Clotilde with Chris and Ben Touzel

The Marriage of Figaro (October/November 2019)

Since the creation of the programme two years ago, it has been an aim to create a RDEAP production to consolidate all learning into a practical outcome which specifically showcases the talents of our wonderful emerging artists. Under the musical direction of Melbourne Opera Head of Music, Raymond Lawrence and production direction by Programme Director Suzanne Chaundy, The Marriage of Figaro (in English) has been created with a distinctly Downtown Abbey style by emerging designer Claire Mercer. We presented a dress rehearsal for our artistic committee and board members as a culmination of the 2019 process and look forward to the performances throughout 2020 commencing at The Royal Botanic Gardens on February 16. The artists grew
from the challenges of learning large amounts of recitative, creating complex characters and singing tricky ensembles, as well as discovering the stamina and discipline required to present a full production. This experience happened within a supported environment but with rigorous professional standards and within a standard rehearsal period. It was a joy to see the confidence and skills of all the artists blossoming throughout this process. It was also invaluable to have the performer mentor support of Rosamund Illing, Peter Tregear and Roger Howell who are part of the project. 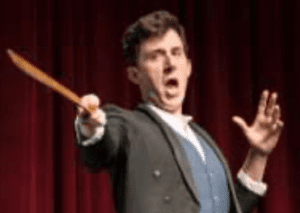 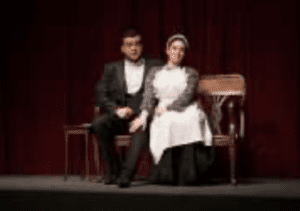 Stephen Marsh as the Count and Rebecca Rashleigh as Susanna

Programme members are also engaged in key roles in Fidelio, which opens the Melbourne Opera season for 2020. Rebecca Rashleigh will play the role of Marzelline (Louise Keast cover, Jane Magao study cover), Louis Hurley will play Jaquino (Michael Dimovski cover), Michael Dimovski will also sing the first prisoner and Darcy Carroll, the second prisoner, as well as chorus involvement for other artists. Under the baton of the wonderful Anthony Negus and sung in German, this will be another outstanding development opportunity alongside outstanding local and international artists.

A number of the artists were engaged in major and minor roles in a concert performance of the rarely performed twentieth century ‘jazz’ opera Jonny Spielt Auf by Krenek under the baton of Peter Tregear. Rebecca Rashleigh again playing a principal role, Yvonne, with Darcy Carroll as a policeman and Louis Hurley doubling the railway master and policeman. Louise Keast, Shakira Dugan and Michael Dimovski sang in the chorus.

Rebecca Rashleigh, Shakira Dugan, Michael Dimovski and Stephen Marsh will be performing in the Peoples’ Messiah on Sunday December 8. Jane Magao, Shakira Dugan, Michael Dimovski and Darcy Carroll will perform alongside one of Australia’s most beloved artists, Sylvie Paladino in a Christmas celebration on December 20th at the Athenaeum Theatre, featuring the Melbourne Opera Chorus and Orchestra.

Artists completed level one German at the Goethe Institut as well as performing at the Goethe Institut Awards. Currently artists are studying at various individual levels at the Italian Institute of Culture and will be performing at the Institute Christmas party.
The full group participated in a photo shoot with hair and make-up artist for new headshots. The group also undertook a performance psychology session with Greta Bradman, performance masterclasses and working in the international industry session with visiting bass baritone Darren Jeffrey and began the Figaro rehearsals with a theatrical storytelling master class by Iain Sinclair from 16 Street Actors Studio. 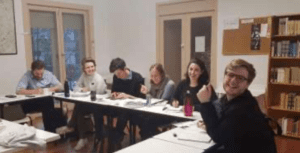 Chloe Harris and Stephen Marsh were both selected as finalists in the Herald Sun Aria Award with Chloe being awarded the Richard Divall prize of $10,000. Chloe also won the 2019 Welsh Male Choir Singer of the Year Competition. Louis Hurley won the 2019 RMP Aria and Michael Dimovski is a finalist in OSA Singer of the Year. Our Associates Rebecca Rashleigh and Stephen Marsh will be pursuing opportunities in the international arena throughout 2020 as well as returning for performance commitments in Australia.

We are excited to announce that we will be collaborating with Rotary Melbourne to award an annual German exchange scholarship to a singer from our programme to enable German language immersion and take up multiple opportunities including participation in the Festival of Young Artists, Beyreuth.

The Richard Divall Emerging Artists Program was named to honour the memory of one of Australia’s most lauded conductors, Maestro Richard Divall AO OBE. It is supported by a generous bequest made by Melbourne born international soprano, Sylvia Fisher (1910-1996). Upon her death, Sylvia Fisher’s wish was to ensure the continuing support of the development of new artists of operatic excellence in her hometown. It is managed and coordinated by opera director Suzanne Chaundy, with Melbourne Opera’s Artistic Director Greg Hocking AM, Head of Music Raymond Lawrence and singers Margaret Haggart, Geoffrey Harris and Roger Howell.

The programme develops singers of great potential to a performance-ready standard, focussing on providing opportunities for emerging opera singers to experience the pressure of intensive role preparation, rehearsal and performance in a professional setting whilst continuing artistic development with tailored high-quality coaching, in- depth language training, drama workshops, master classes and mentoring. The programme collaborates with various Melbourne based institutions including 16th Street Actors Studio, the Goethe Institute and the Italian Institute of Culture.

We are so grateful for all the support we receive from the Ian Potter Foundation, FOMO, Allan Myers AC QC and Maria Myers AC and the Sylvia Fisher Fund. Every cent contributes towards Melbourne Opera providing this essential program. We are seeking funds to secure an end of year studio production for these wonderful emerging artists. If you are interested in finding out more, becoming a one-off donor or a major ongoing supporter of the programme please contact Melbourne Opera Company Manager