Based very loosely on the career of the Earl of Essex, Robert Devereux, Donizetti and his librettist Salvatore Cammarano created for the opera a version of the eternal quadrilateral.

Elizabeth the Queen loves Robert, the Earl, who loves Sara, Elizabeth’s favourite, who is married to Nottingham, Elizabeth’s counselor and Devereux’s best friend. Eventually, Robert’s refusal to renounce Sara will lead to his death, as a jealous Elizabeth refuses to pardon him for treason, despite Nottingham’s pleading on his behalf (unaware that his wife and Devereux are a number). 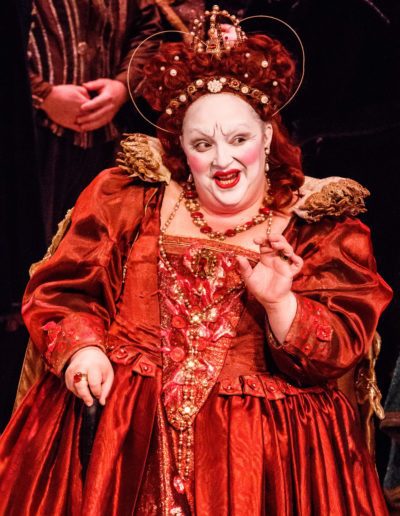 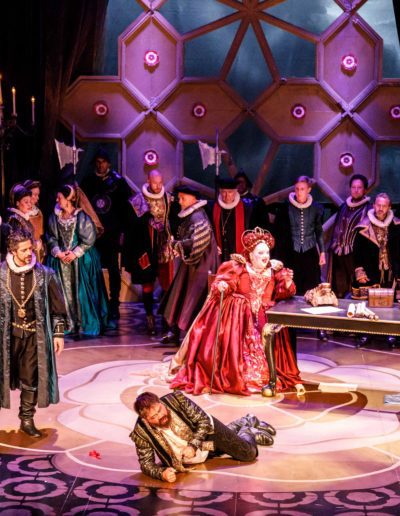 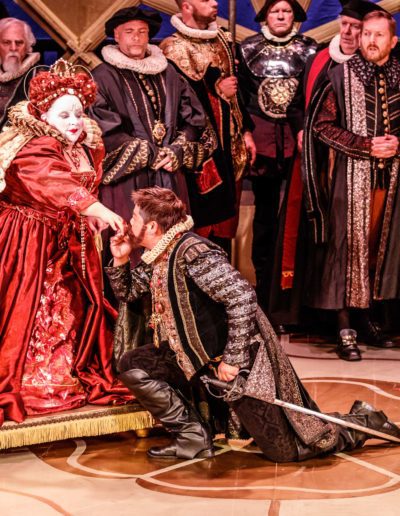 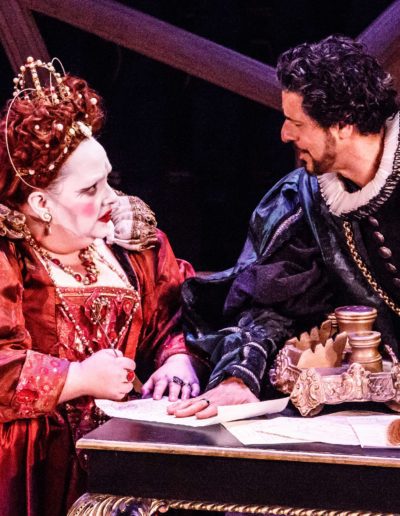 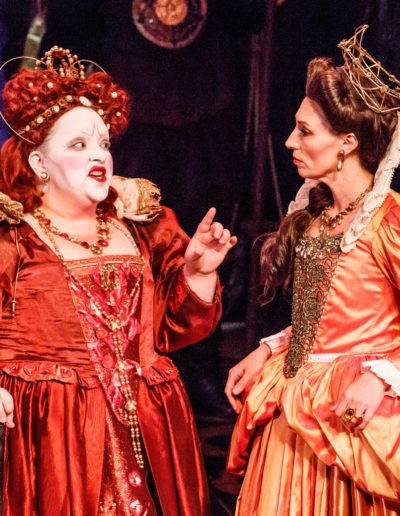 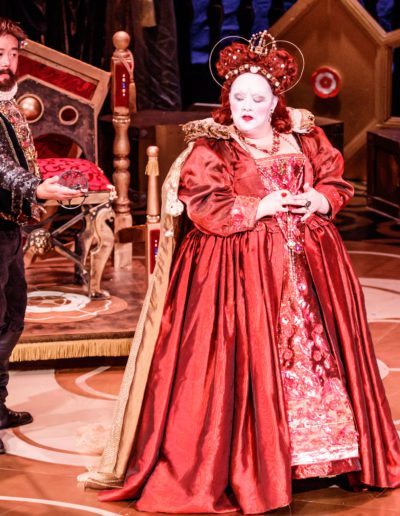 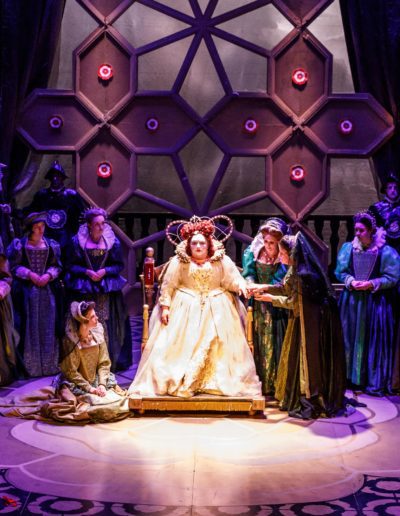