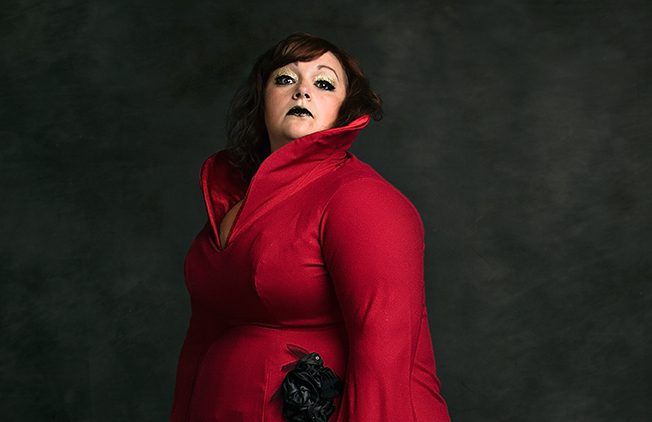 Following the critical and public success of The Flying Dutchman, Otello and Roberto Devereux, Melbourne Opera is once again turning its attention to acclaimed bel-canto operas. From 17—24 September the company will stage Bellini’s masterpiece Norma, at the Athenaeum Theatre.

Widely regarded as the pinnacle of bel-canto operas, Melbourne Opera’s upcoming production of Norma boasts a superb cast of singers and musicians – led by international opera sensation Helena Dix. Melbourne Opera is thrilled to be working with Helena once again, hot off the heels of her principal role debut at the Metropolitan Opera (The Met) in New York earlier this year, while she also recently covered the role of Norma for the world-famous Sondra Radvanovsky.

“Helena Dix is undoubtedly one of those with the vocal and expressive qualities to climb to the summit of this operatic Everest.” – Opera Today, Norma

It is impossible to ignore Helena’s meteoric international rise to fame in recent years. Her mainstage Met debut, performing the role of Alice in Falstaff, is the latest in a string of celebrated performances throughout some of the world’s most prestigious opera houses across Europe, UK and USA.

The central role of Norma is considered by many to be one of opera’s most challenging soprano roles – requiring superior technical, dramatic and musical artistry. This upcoming production will see Helena unleash her formidable bel canto talent on this role for the second time in as many years, previously performing the role with London’s prestigious Chelsea Opera Group in 2018 to huge acclaim.

Joining Helena, in the role of Adalgisa, is Helpmann and Green Room Award-winning Jacqui Dark mezzo soprano. Dark is making her Melbourne Opera debut following several critically-acclaimed performances for Opera Australia, including the Countess in The Nose (2018) and Herodias in Salome earlier this year. The luminous soprano will also be reprising her role as Fricka in Opera Australia’s Das Rheingold, Die Walküre (The Ring Cycle) next year.

Rounding out the illustrious cast is London-based Australian tenor, Samuel Sakker in the role of Pollione and Melbourne Opera favourite Eddie Muliaumaseali’i in the role of Oroveso. Samuel returns to Melbourne Opera following a hugely successful tour of Europe, singing the role of Erik in The Flying Dutchman, and a current appearance in L’Arlesiana in London. Eddie will perform following several acclaimed Melbourne Opera performances including Heinrich in Lohengrin, Lord Cecil in Maria Stuarda and King Henry in Anna Bolena.

Based on the play ‘Norma, or The Infanticide’ by Alexandre Soumet, Norma follows the story of a great and powerful priestess who makes a terrible mistake in love and goes against her gods and people. She risks everything and must ultimately be answerable for her actions.

“This opera has the power and universality of a Greek tragedy,” says Suzanne Chaundy who will direct Melbourne Opera’s upcoming production.

“It is an all too recognisable tale of love, jealousy and betrayal with a thoroughly contemporary suite of emotions, set in the 50BC world of the Druids who were believers in ancient magical faith including mistletoe ceremonies and human sacrifice,” she says.

Suzanne is bringing together an award-winning creative team to evoke a ritual space suggestive of the Druids’ world that is contemporary in look and feel. The creative team includes Dale Ferguson on set design (who won a 2019 Helpmann Award for his work on the much talked about play Counting and Cracking), costumes by Harriet Oxley and lighting design by John Collopy. She will also be joined by Helpmann Award-winning performer Verity Hunt-Ballard, who is returning as movement director following her success with The Flying Dutchman earlier this year.

Suzanne says her challenge in bringing this opera to life to is to tell the universal story at the core of this piece.

“Bel canto works and powerful women go hand-in-hand. Often the women portrayed are struggling between their public roles and private lives. This is an issue that never goes away and is still very much prevalent today,” she says.

Norma is host to some of opera’s most sublime music, including what is widely regarded as one of the all-time great soprano arias, “Casta diva” in Act I. Melbourne Opera Director Greg Hocking and Head of Music Raymond Lawrence will conduct the company’s acclaimed orchestra to bring Bellini’s incredible score to life.

Sung in Italian with English surtitles, Norma is Melbourne Opera’s second production of the company’s 2019 season. It follows their widely acclaimed production of Wagner’s The Flying Dutchman in February.

This year’s exciting season adds to a hugely successful 2018 for the independent opera company, which last year confirmed its position in Victoria’s cultural landscape – by being invited to partner with the prestigious Herald Sun Aria for the next five years. The Herald Sun Aria is Australia’s oldest and most prestigious singing competition.