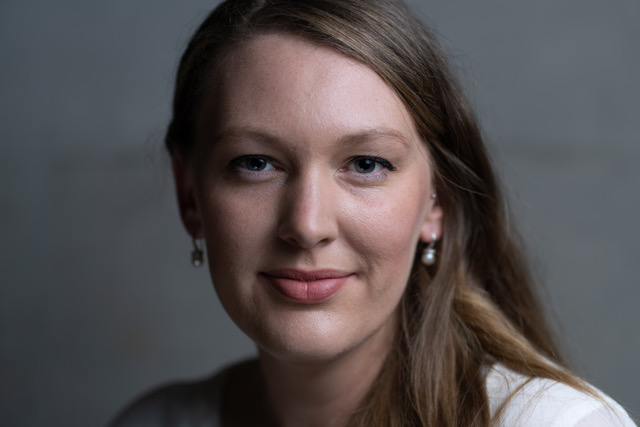 We are very pleased to announce that soprano Louise Keast is the 2021 recipient of the Rotary Melbourne Central Next Generations Service Exchange.  This opportunity is awarded annually in collaboration with the Richard Divall Emerging Artists Programme to an outstanding past or present programme member. The award offers between 6 weeks to 3 months deep immersion in German language and culture, with all accommodation and living expenses provided by Rotary and participation in the Beyreuth Young Artists Festival. The Richard Divall Programme provides airfares and internal travel support.

Louise is looking forward to spending her time in Germany developing her artistry and German language fluency. Louise will curate and rehearse a concert program for performance at the Beyreuth Young Artists Festival, further developing her command of the repertoire for young dramatic sopranos. While in Germany Louise will have the opportunity to take lessons and coach with internationally renowned artists, see operatic performances at many of Germany’s greatest opera houses and plans to reconnect with other Australian artists who are currently based in Germany. Louise hopes to develop skills in musicianship, German language and take away valuable experiences performing and networking which will support her further into the future when relocating overseas to pursue an international opera career.

Louise is currently undertaking her second year in the Richard Divall Emerging Artist Programme. In February 2020 she made her principal stage debut with Melbourne Opera as Marzelline in Beethoven’s opera Fidelio. Other highlights with Melbourne Opera include preparing the role of Countess Almaviva (Mozart’s Le nozze di Figaro), covering Clothilde in Bellini’s Norma (2019) and concert engagements at Mozart By Moonlight and the Instituto Italiano di Cultura Melbourne. Louise looks forward to her first Wagnerian role, Wellgunde, in Melbourne Opera’s upcoming production of Das Rheingold, and will also cover the role of Freia.

In 2020 Louise was a finalist in the Royal Melbourne Philharmonic Aria Competition and has dedicated her time to language and role studies during the industry shut down. In 2019 Louise travelled to Sicily to further her training at the Mediterranean Opera Studio & Festival, where she performed principal roles in Carmen and Don Giovanni. While overseas in 2019 Louise represented Australia at the Hans Gabor International Belvedere Singing Competition in Villach, Austria. Other achievements in 2019 include receiving the Margreta Elkins Encouragement Award in the Bel Canto Competition (Joan Sutherland & Richard Bonynge Foundation), receiving the Loris Synan Award and the Kaye Allen Award at the National Liederfest, as well as being the only local competitor since 1995 to win the Warrnambool Eisteddfod Aria Competition. Louise was a semi-finalist in the 2018 & 2019 Herald Sun Aria Competition and in 2018 she was a finalist in the Sydney Song Prize, awarded by the Joan Sutherland & Richard Bonynge Foundation.

As well as being an outstanding young singer, Louise has led an impressive series of community music activities in recent years. From 2018 – 2020 Louise was the Festival Director of the Warrnambool Organ Festival and a committee member and cellist with the Warrnambool Symphony Orchestra. While living in South-West Victoria Louise founded a community chorus that supports participation of more than 70 local singers from communities in Warrnambool, Hamilton, Portland, Port Fairy and Ballarat. Louise’s involvement with community music in South West Victoria is ongoing, as she will return as Community Chorus Director for the Port Fairy Spring Music Festival in 2021. Prior to the pandemic, Louise has worked as a choir-conductor for Play It Forward, assistant to Jonathan Welch, working with all-abilities choirs throughout Melbourne. In 2020 Louise joined the committee as Secretary for Not-for-profit opera company IOpera, with whom she will work to support young-artist opportunities in the programming of future productions and contribute to the vitality of the local operatic industry in Melbourne.