From the Conductor: Anthony Negus on Beethoven’s Fidelio. 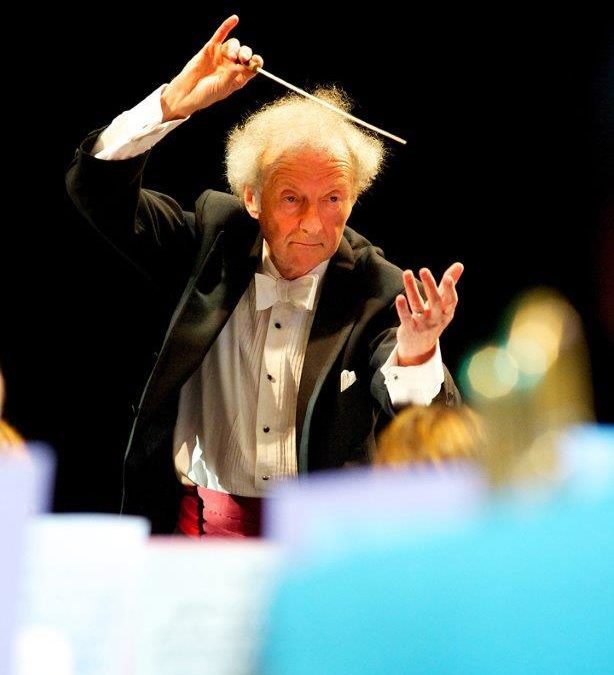 The resonance of Fidelio stems from its heroine Leonore (Beethoven’s preferred title for the opera), whose brave and dangerous path to find and rescue her husband Florestan, Beethoven follows into ever more inspiring territories. Her entrance early in the opening scene already transforms the domestic atmosphere into something more charged, giving rise to the inspired Canon Quartet (the third number in the opera) in which time is held in suspense, and each character gives voice to her/his own emotional response to the situation, in rapt and beautiful music.

Fidelio is a Singspiel, a number opera with spoken dialogue, that draws upon Gluck, Mozart and Cherubini, but transcends its medium increasingly as we move from the upper level of Act 1 to the deepest dungeon in Act 2. When I conducted the original 1805 Leonore, I realised what wonderful and not so wonderful numbers and passages Beethoven rejected and altered; now, I am in no doubt that this final revision of 1814 is what gives Fidelio its unique historical position as a great music drama, whose influence on Weber and Wagner, to mention the greatest, is seminal.

With Leonore’s great recitative (a Fidelio revision) and aria, Beethoven builds upon Mozart’s dramatic scene for Fiordiligi in Act 2 of Cosi fan tutte, and takes it further, as well as adding a third horn for the aria; and with the introduction to Act 2 the orchestra vividly evokes a dank and desolate atmosphere of solitude and darkness, leading in to Florestan’s glorious and poignant aria whose melody must have haunted Beethoven, since it features so prominently in all three Leonore overtures – but significantly not in the final Fidelio overture. The closing quicker section (equivalent of cabaletta in a slow/fast aria) is an inspired revision by Beethoven, in which, instead of ending sadly but stoically(1805) Florestan has an out of body vision of Leonore as his rescuing angel (longlined and beautiful oboe solo), before sinking down in exhaustion, which is vividly depicted by string chords with gaps of different lengths between them. The Melodrama that follows, with the entrance of Fidelio and Rocco is spoken to a muted musical background that quotes some of their Act 1 music.

The dramatic crux of the opera is of course the Dungeon Quartet ( Pizarro, Rocco, Florestan and Fidelio/Leonore); it is prepared for by the macabre and muted Grave digging duet( with the two trombones) in which Leonore goes beyond seeking just to rescue her husband, whom she does not yet recognise, to declaring “Whoever you may be, I will rescue you: by God, you shall not be made a sacrifice.” And when she has recognised him, and persuaded Rocco to give him something to drink, the trio is a kind of sublime oasis of comfort, in which most movingly of all, she offers him a piece of bread. With Pizarro’s entrance the denouement approaches, and the quartet is launched and achieves two unique dramatic high points: first, when Fidelio steps Anthony Negus forward to confront Pizarro with a pistol as he is about to murder Florestan, “First kill his wife!” Everyone on stage is astounded, while the audience is arrested by the interruption to the musical flow and bold key change; then to crown one of the great dramatic moments, another follows, in which the trumpet signal that heralds the Minister’s (Deus ex Machina) arrival is heard in the distance.

The final highly dramatic accelerated orchestral close of the quartet has left its mark on much subsequent operatic drama, notably the end of Wagner’s Die Walkuere Act 1! As Leonore launches into her ecstatic duet with Florestan “O namen namenlose Freude” we experience one of the many subtle and profound touches of Beethoven’s grasp of the human situation: whereas Leonore expresses her joy with full loud orchestra, Florestan sings the same phrase with a lighter orchestral piano to accompany him: this is surely because of the weakness and emaciation of a nearly starving prisoner (in Act 1, describing the situation, Rocco says “he cannot last long”).

Finally, I will speak of the two finales: in Act 1 the moving Prisoners’ Chorus is followed by a wide ranging duet for Rocco and Leonore in which the dungeon atmosphere, and the grave digging (two trombones reminding us of Mozart’s Commendatore in Don Giovanni) is foreshadowed. With Marzelline running in to warn of Pizarro’s furious approach, the tension builds but is checked by Rocco using his unwilling complicity with Pizarro’s murder plan to calm him down. The big ensemble that closes the Act is a vast improvement on the original ending to the act in Leonore, and in the midst of it all, Fidelio’s “den Frevler”(summing up her realisation of Pizarro’s crimes against humanity) stands out. The closing quiet orchestral bars, as the prisoners return to their cells, evoke an uneasy yet hauntingly beautiful calm before the storm.
If the audience is able to wait before applauding, they will hear the last ominous rhythm of the tympani remind us of the danger.

The Act 2 finale whilst opening with a happy chorus of greeting to the Minister, and the liberation that he brings, and ending in an ecstatic celebration (anticipating the 9th symphony), of the triumph of conjugal love through Leonore’s profound courage and self-sacrifice, has its heart in the moment where Leonore unlocks her husband’s chains (after Pizarro’s arrest and removal), and in a sublime ensemble led by another glorious oboe solo, and originally composed for the very early Cantata for the death of Emperor Joseph the Second, everyone on stage expresses their wonder: “O God, what a wondrous moment.” It is precisely Beethoven’s expression of such timeless moments that lifts the level of this opera so high, and combines with its celebration of the best and most hopeful in humanity.

The composition of Fidelio, his only opera, caused Beethoven much trouble, but he lavished all his love, care and genius upon its creation, and it remains a landmark and one of the great testaments to true humanity, expressed as only he could express it.